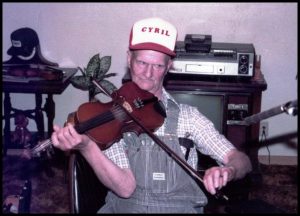 I first heard Shamus O’Brien Waltz being played by Cyril Stinnett of Oregon, MO, in the mid-1970s. His rendition was haunting and set in B-flat with a bridge portion in G-minor. Kind of made the hair stand up on the back of your neck.

Scanning the old I-Tunes collection I found numerous other instances of the tune with keys of B-flat and G being favored about equally. The tune enjoyed popularity in the USA and Canada. My own collection contains versions by Canadians Reg Hill, Jim Connors & the Voyageurs, Bill Guest and Fred Townsend (on harmonica) plus Cyril Stinnett, Bob Walsh & Art Galbraith of Missouri and Les Raber of Michigan. 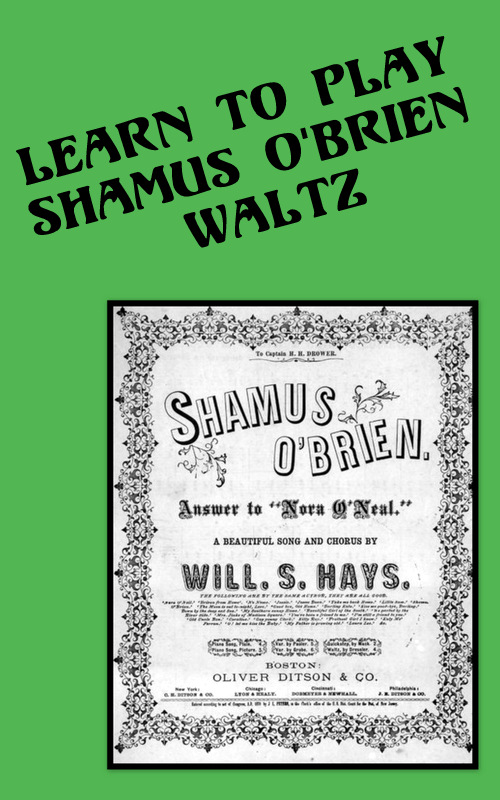 The title Shamus O’Brien dates back to the publication of a book of Irish-themed poems in 1850 by J. S. Le Fanu. See an informative article at this link. I used to think the spelling was had been altered over the years (from Seamus), but in fact the original was “Shamus”. You can read the poem, which deals with the rebellion of 1798, at this link. 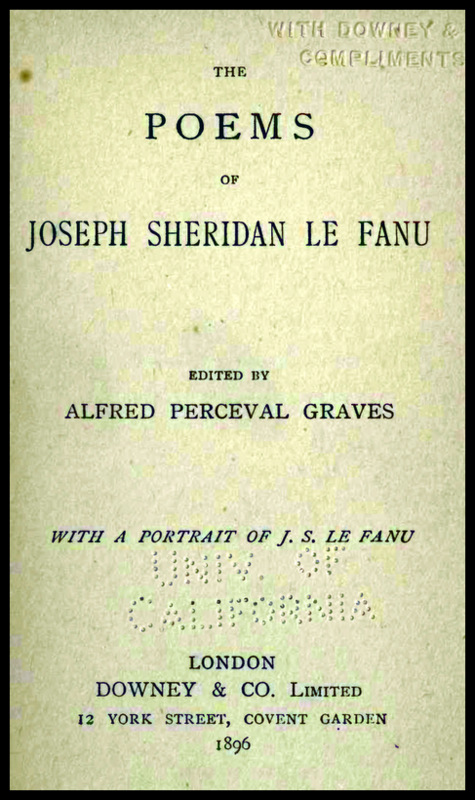 The melody we play as Shamus O’Brien today was composed by William Shakespeare Hays around 1870. Set in the key of F, the main part of the tune in a major key and the bridge in a minor key is little different than what you might hear a modern fiddler play. 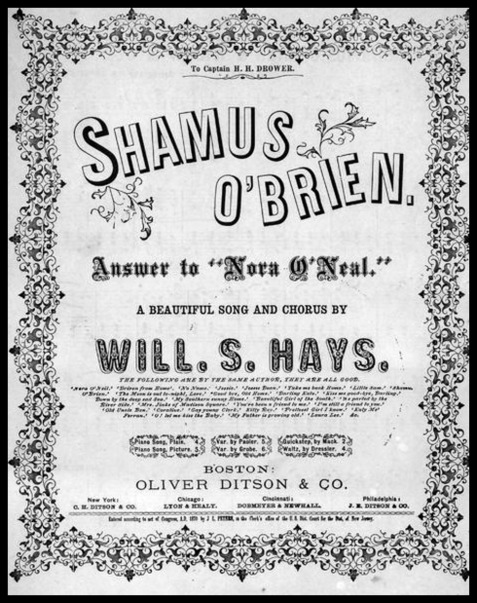 You can download my transcription from my “Dots” page. The tune with lyrics included appears in Ira Ford’s Traditional Music in America (E. P. Dutton, New York: 1940).

The poem and general story line were set to music in an operatta of the same name in 1896. 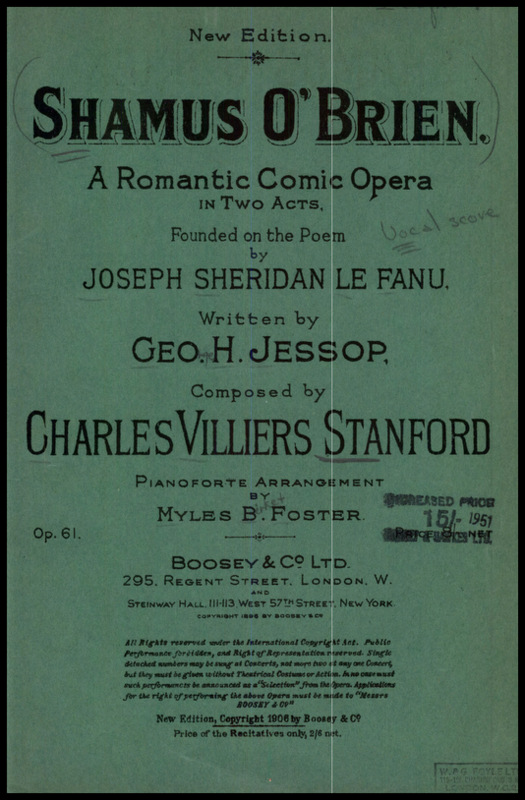 Here’s the Patt & Possum take on this tune:

This playlist will get you started on this great old waltz.