Every year at Fiddle Park in Pembroke, ON, the fiddling fun culminates with the unofficial Pure Laine Competition in the campground on the Sunday before Labour Day. For many this is the highlight of the week. Pure laine translates literally to “pure wool” and is meant to convey “the real thing”. You might hear some Francophones refer to the competition as “bas de laine”, which means wool stocking in reference to the trophy. 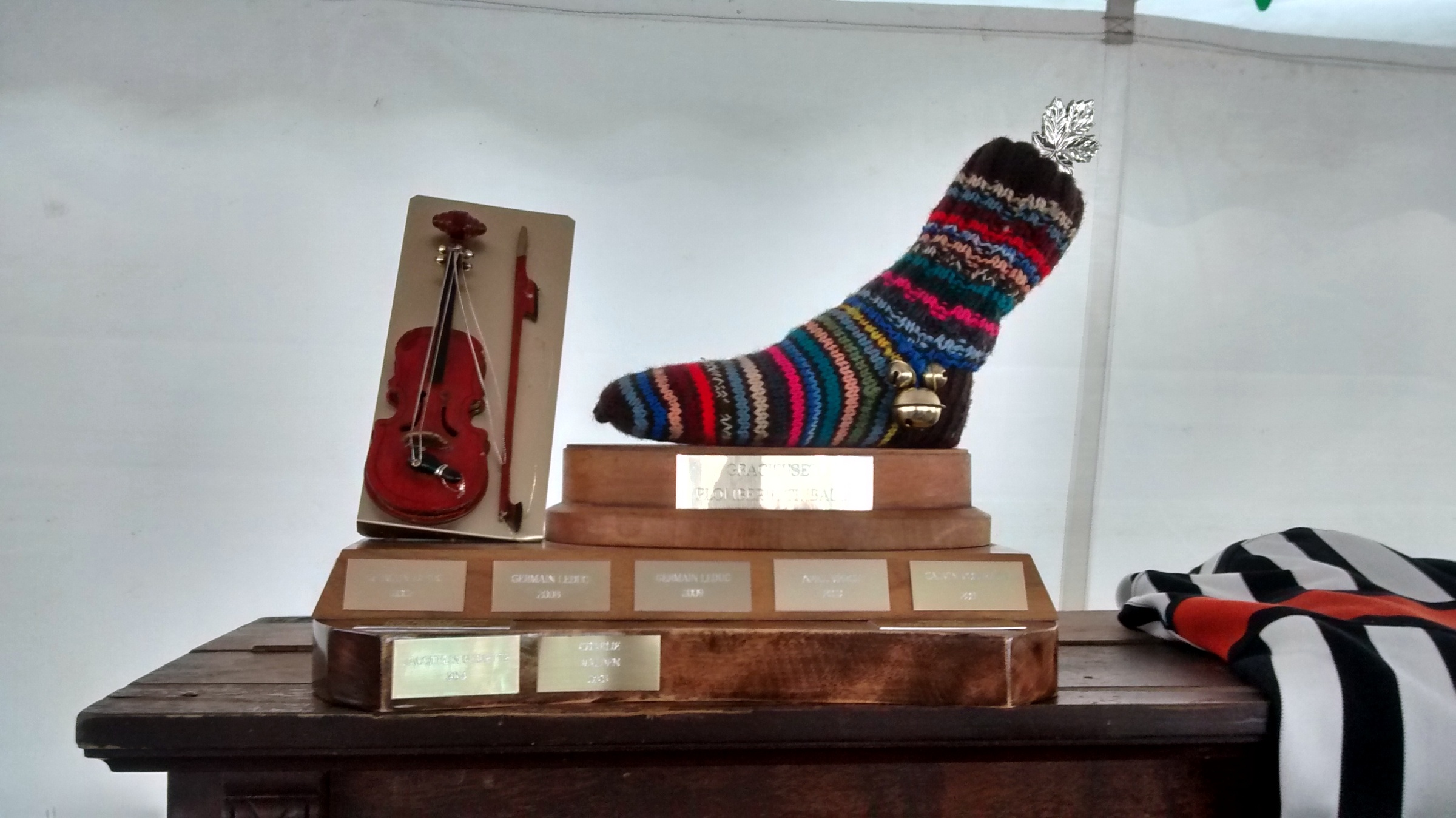 You can read more about the event in the Summer 2021 edition of Fiddler Magazine in my column “Travels with Charlie”. This post, however, focuses on how I have “prepared” for the contest the past few years.

If you’re unfamiliar with the event I’ll give you quick description. Also, check out the YouTube playlist below of several years of Pure Laine.

Fiddlers get in a circle. One player starts a tune (reels and 4/4 stuff only) and plays through one time AA-BB, then fiddler seated next to them clockwise has to immediately start a tune after the first player finishes. There can be no dropped beats or hesitation and no one may play a tune that has already been played. Otherwise, you’re “OUT!”.

As play proceeds the rules change to make it more difficult, first play the tunes one A part – one B part, which is harder than you might think. When the competition comes down to only a handful of players it’s one A only. When it’s finally down to two players basically knees-to-knees across from each other it’s one A only meaning you have to come up with a new tune every 8 seconds or so!

A couple of weeks before Pembroke the last few years I’ve started playing through a list of tunes practicing playing them A-B and then A only in succession. As the competition progresses I tend to play easier tunes that I think know one will have played in order to avoid crash and burn. Contrast this with a couple of my Quebecois friends, Jacquelin Guerette and Germain Leduc, who seem to play ever more difficult tunes. Playing difficult or obscure tunes doesn’t give any advantage. Calvin Vollrath told me he once won the competition with the common and fairly easy tune “Maple Sugar”, which evidently had not been played to that point.

Below is the list I’ve played from in the past few years for practice. If you fiddle and you’re at the event jump in there. It’s lots of fun to watch, but even more if you participate. Plus when you get eliminated you get a free beer!