Released in late 2019 is The Old Texas Fiddle Vol. III  (Tiki Parlour Recordings – oldtimetikiparlour.com/) by Tricia Spencer & Howard Rains. This is the third album in this series wherein Howard, by himself in the first releases and with Tricia on Vol. II and Vol. III, recreates and re-imagines tunes from archival recordings of old Texas fiddlers. If my observation serves the only other recordings of “old Texas fiddle” in the modern era is that CD of Lewis Thomasson called “Old Texas Fiddle Played the Old Way.”

Otherwise, any recordings today of Anglo-American Texas fiddle music are generally going to be heavily influenced either by Western Swing or Texas-style contest playing. 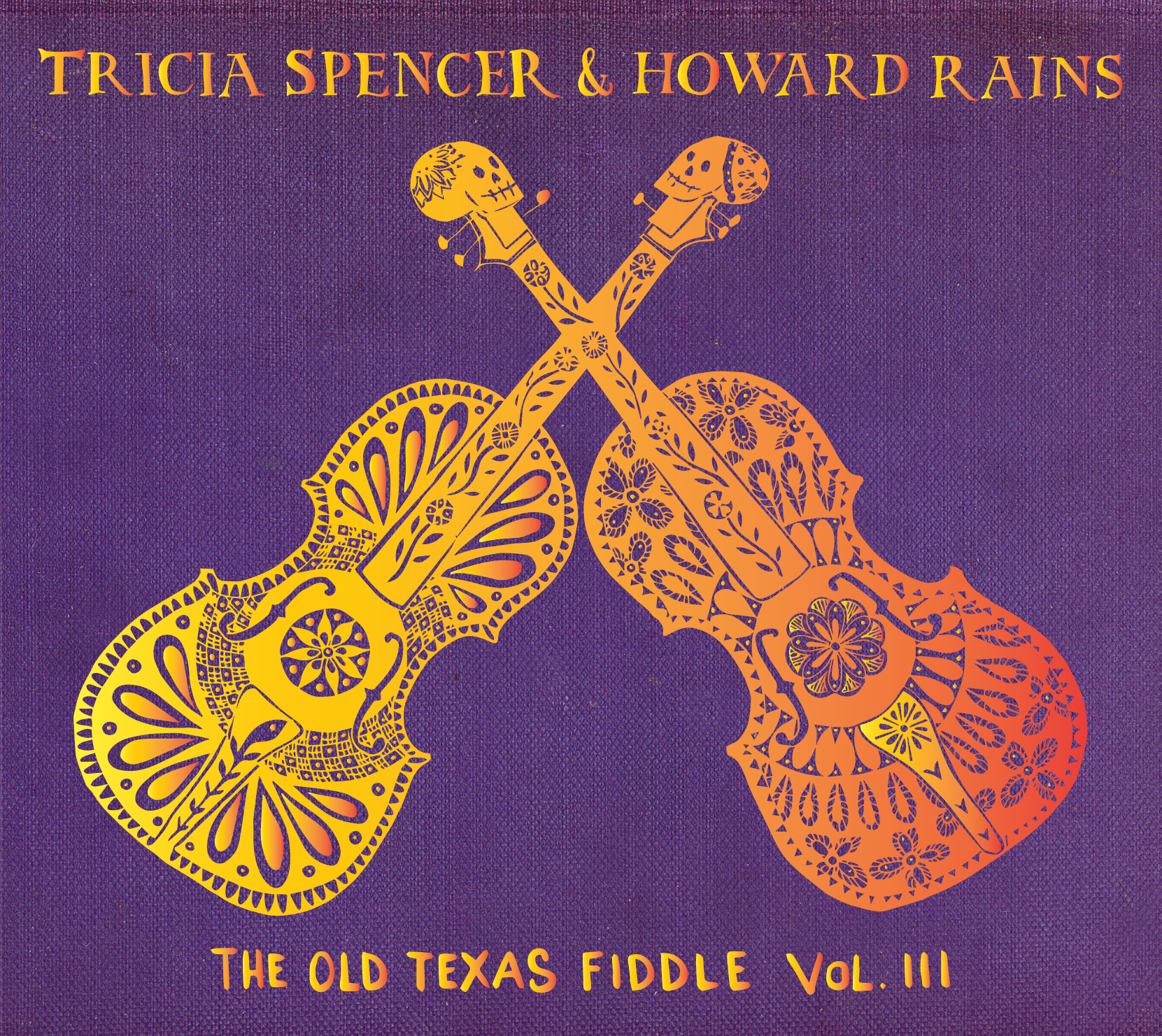 Before getting into the music some remarks about the CD package are in order. Howard Rains has established himself as an artist with a unique style that might be called primitive or whatever, but he has done a great job of documenting traditional artists with his representations in pen & ink and color. I wouldn’t call his work caricatures because that often implies derision, whereas Howard’s art is done with respect while maintaining a sense of humor. Am I an art critic? Hell no! But I can tell you I like his stuff. Below is one he did of Patt and me at Fiddle Tunes in Port Townsend, WA, a few years back. It was gifted to us by Gene & Marynell Young, by the way, and it’s one of the first things you see when venture into my music bunker and we couldn’t be prouder to have it.

All that build up is by way of saying this is a great CD package. The artwork done by both Howard and Tricia is such that I think you’d keep it even if the you got it home and the CD was blank! I’m not going to spoil it so you’re only getting an image of the cover. More info on their art is available at spencerandrains.com/art

The group of musicians on the CD is collectively known as the Skeleton Keys. It consists variously of Howard playing fiddle, guitar and accordion, Tricia on fiddle and guitar, Brendan Doyle on 5-string banjo (old-time style), Nancy Hartness on guitar, Charlie Hartness on ukulele and Emily Mann and Joe Dejarnette on bass. Everyone one of these folks is a veteran player and knows their way around this sort of material.

When I said above that the music was re-imagined I was owning up that although the music is old the sound has been reworked from the original archival recordings to a more “modern” and up-to-date sound if you will. I doubt if ukulele was employed on those old recordings. Was Texas in those days a “banjo state”? Probably not. As was the case with many of the Central and Midwestern states the old-time style banjo was not a prominent feature until after the Folk Revival. Even the string bass would not have been used widely. I’d be inclined to say that the archival sources featured solo fiddling or when accompanied guitar and piano were used.

These are all solid, straight-up performances of old-time music, however, the use of some creative arrangements and the instrumentation described above make the CD even more listenable. I played it in the background for a couple of days, which is a good way to see if a recording holds up to multiple listenings, and liked it even better each time around.

The annotations in the accompanying booklet are really helpful in providing context. This is something sorely lacking today as we move more and more toward downloaded, and even worse streamed music, which often leaves us with nothing more than the title and even that requires effort to ascertain sometimes. Not the case here as Howard and Tricia provide a little background with each tune, some information about the source musicians and even a charming little hand-drawn picture of each. The booklet is a real gem.

The track list is intriguing and there will doubtless be some “new” tunes here even for seasoned fans of  old-time fiddling, as well as some familiar tunes played in different idiosyncratic ways. Tunes included in this all instrumental program are:

One measure I apply to any recording of fiddle music involves finding a tune on the recording I can take away and actually play for my own enjoyment. Of course, old field recordings and the like are historical documents and don’t necessarily have to meet this requirement. A modern recording is another matter. Well, I wasn’t disappointed. There were several pieces here that I might like to take on. I found the setting of Campbells are Coming, an old 6/8 piece, to be very interesting. It definitely departs melodically from the Old World rendition, but such is the case with many of the 6/8 time tunes played in middle America and that makes the performance truly American and of the New World. I also really liked Morg Williams Cottilion, a notey Celtic sounding tune.

For the purpose of this review I finally settled on a tune in the key of C called United States Marine March. The tune is attributed to Kate W. Jones of Houston and was from are recording by John & Ruby Lomax. It’s not too difficult to get onto and would make a great jam session tune for people playing at varying levels of ability. More advanced players might get some inspiration from S & R’s droning second fiddle accompaniment. The banjo playing by Brendan Doyle on this track is really nice, too. This is a tune that should get around once people hear it.

You can download a transcription of United States Marine March at charliewalden.com/dots/pieces/

About now you’re probably asking yourself “Where can I get this and other Spencer & Rains recordings?”  Well Cletus, you can do this several ways. You can go directly to the Spencer & Rains web page at spencerandrains.com and click on “SHOP”. You can also get their music at CDBaby.com.

Spencer & Rains and a whole lot more can be found at the Old-Time Tiki Parlour. Just direct your inner-tube to browser to oldtimetikiparlour.com/shop. 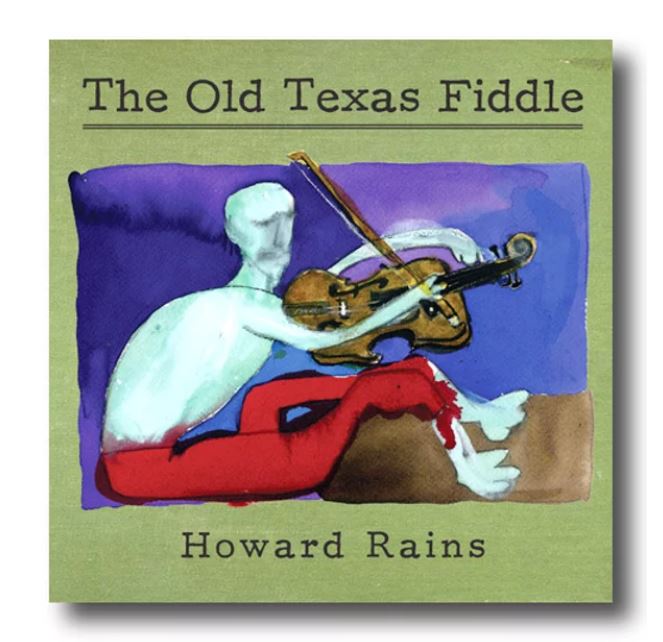 NOTE: The product links above are there because I am an Amazon affiliate. If you use the link to make a purchase I get a little commission from Amazon that helps defray the cost of beer necessary to maintain this blog. Thanks!