Get it right here: 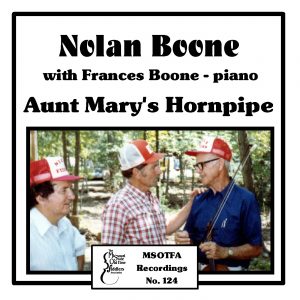 This important recording represents some of the best playing in the Little Dixie style of Missouri fiddling as played by one of its leading exponents, Nolan Boone of Mexico in Audrain County. Nolan was a fixture in his community throughout his life as both an in-demand dance musician and as the grounds manager for the local school district.

This is a home recording by Al Cooley of Hannibal. Doubtless made on one of those battery-powered radio shack recorders like the one shown below. I saw Al and his ever-present fiddle aficionado companion Charlie Stalcup, carrying these things around for years. We actually used to joke whether Charlie had a whole house of full tapes or maybe he just had one tape he kept turning over and over again! 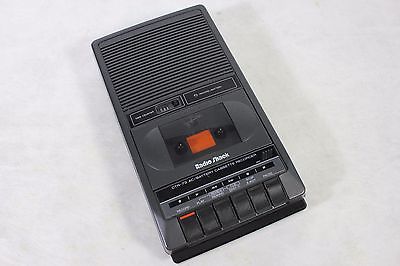 While no interview material is available for Nolan, we can piece together aspects of his life from local newspaper clippings. Nolan Boone was born in 1908 and his wife Frances in 1907. He was an active musician for well over 60 years, playing in a variety of ensembles, and later with his wife Frances Ward on piano, as a duet. He played in and won many local fiddlers contests.

Frances was a skilled pianist as these recordings illustrate. We are fortunate to have one solo piano track, which is track number 11 on this recording. Nolan and Frances were married in November of 1947.

in addition to playing the fiddle Nolan worked for many years for the local school district as the grounds manager. He ultimately retired from this position.

Nolan’s music is typical of mid-Missouri / Little Dixie in both style and repertoire. Some of the “big tunes” are here like Grey Eagle, Dance Around Molly, Coming Down From Denver and Wagner. There are many tunes here which can be found in Cole’s 1000 Fiddle Tunes, which leads one to wonder if he could read music or perhaps he learned tunes from the book as played on the piano by Frances. The recording also features Nolan’s signature tune Aunt Mary’s Hornpipe, which Keith Orchard of Fulton believed to be a Bill Katon tune.

He also had a nice touch on his waltzes with just enough vibrato to keep it sweet. He can handle himself nicely on Pete McMahan’s Clark’s Waltz. He plays Kenny Baker’s Festival Waltz, too, which many other of the old fiddlers in Mid-Missouri also played.

One seeming outlier is Chancelor’s waltz, which comes from Shorty Chancellor of Texas. It turns out that Shorty had met another Mid-Mo fiddler, Cleo Persinger, at the contest in Weiser, ID, in the early 1960s. He even visited Cleo at least once and left a stack of his 45 RPM records behind, which were quickly passed around the area. I’d make a guess that one of these 45s is the source of this tune for Nolan.