These are field recordings of the 1966 Canadian Open Fiddle Contest at Shelburne, ONT, from the collection of Delores “Fiddlin’ Dee” DeRyke of Lincoln, Nebraska – Recorded c. 1966. Ms. DeRyke was an avid promoter and collector of field recordings. Among her methods was to send blank tapes to fiddlers she met or heard of and ask them to fill the tape with their favorite tunes. Dozens of players from all corners of North America responded.

In this case, a fiddler and aficionado from Woodbridge, ONT, named Norm Gibson, sent this tape to Ms. DeRyke. The recording featured highlights from the 1966 contest at Shelburne. MSOTFA digitized the recording in 2016 at which time it was 50 years old and would still play! The recording features six contestants as follows:

Below are images of the letter from Mr. Gibson to Ms. Deryke along with other “artifacts”‘ 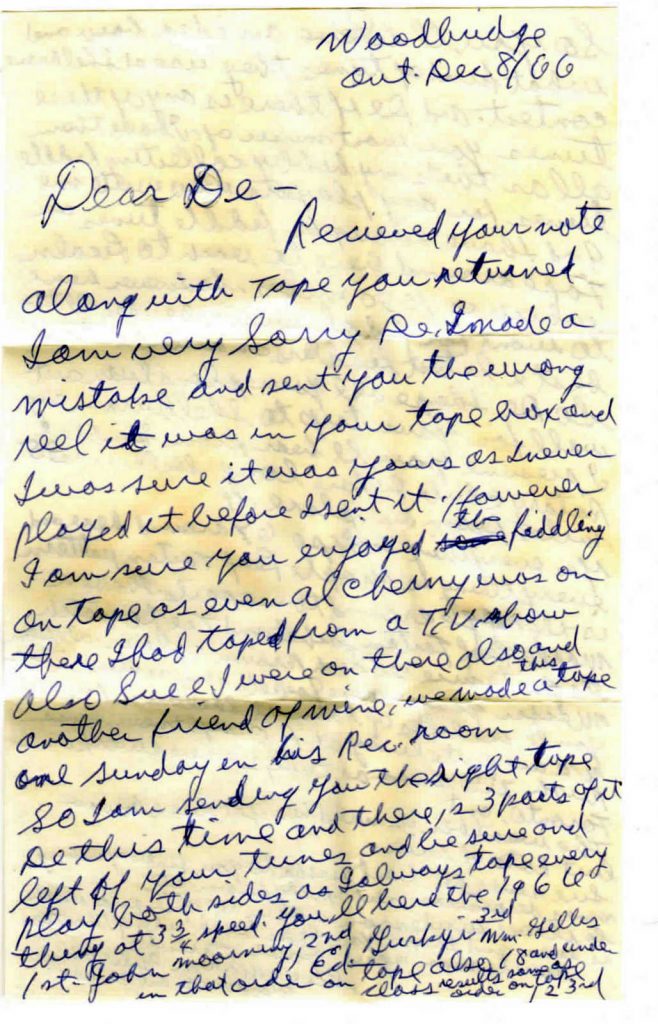 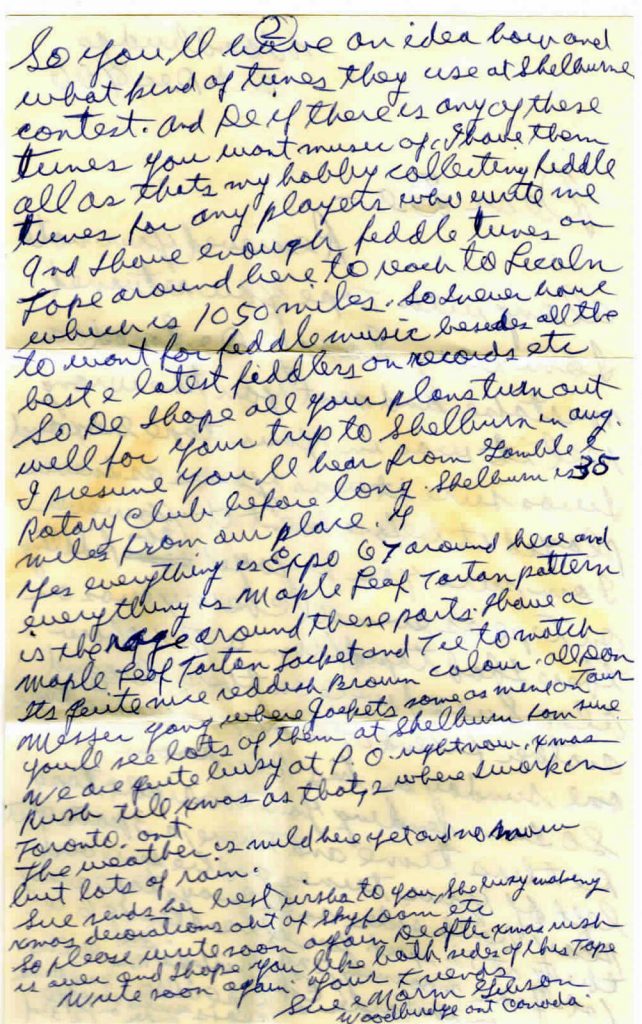 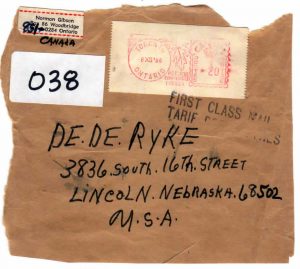 MSOTFA obtained these original reel-to-reel recordings, several boxes full, from Jack Shaw of Lincoln who bought them at an estate auction.